An oil refinery customer recently had an issue with leaking tubes in one of their Fin Fan Exchangers. The tubes were severely damaged, and the tube end had to be removed from the tubesheet to provide the smooth sealing area needed for plugging (they were going to plug the tubesheet hole directly). As a result of the tube end removal, there were concerns about the remaining tube sagging and causing damage to the adjacent tubes. However, the refinery would have had to spend extra time and money to remove four additional tubes for access to each leaking tube. Torq N’ Seal® Heat Exchanger Plugs came to the rescue with a step design that plugs the tubesheet hole directly while also providing a support structure for the remaining tube still in place. Thus, the oil refinery customer was able to both seal and secure their leaking tube without having to perform any additional work, getting them back online quickly and safely, on time and under budget. 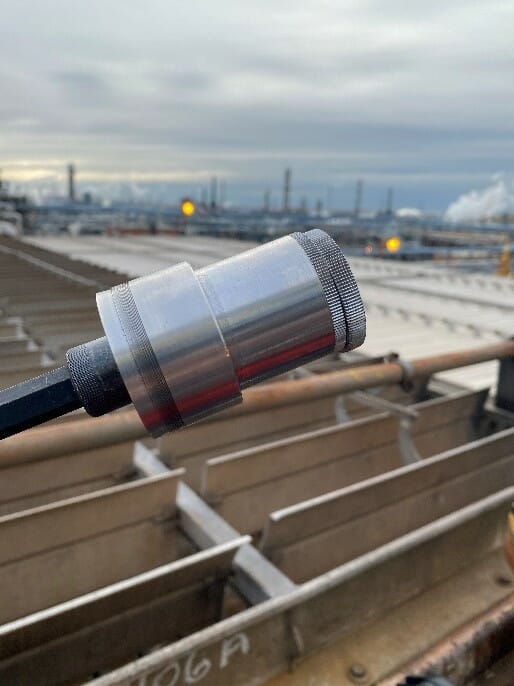 Fin Fan Exchangers are now commonplace in refineries and power generation facilities due to favorable O&M costs, water limitations, and groundwater concerns. The tube plugging of these units is thus a critical piece of any refinery or power plant turnaround. The water box provides a complication since direct access to the tubes is limited on the tubesheet side. Torq N’ Seal® Heat Exchanger Tube Plugs are the perfect solution for these applications since they can plug the tube or tubesheet hole, easily reach through the water box, and require no welding, hydraulics, or expensive training. Simply slide the plug through the water box until the Tubesheet Ring stops you at the front of the tubesheet, then rotate the torque wrench until the tube is sealed.

In situations like the one described above, when a leaking tube is damaged to the point that the tube end needs to be removed, costs can spiral since all the tubes above it need to be taken out for access to the leaking one. However, if the tube end can be secured from the inside then it doesn’t have to be taken out, avoiding all the extra work required for access to remove it or secure it from the outside.

Torq N’ Seal® plugs work by expanding a cylindrical metallic body into contact with a leaking tube’s inside diameter. As the plug expands into the tube, it compresses it against the tubesheet, creating a mechanical contact seal capable of withstanding up to 7,000 psi. The plug has an eccentric cam at it’s end that falls out of place when the screw is rotated, locking the plug into place and providing the anti-rotation force necessary for expansion. As the screw continues to rotate into the plug body, it drives a metallic cone of the same material into the plug body, forcing it to expand into the tube’s inside diameter as described above.

In normal Fin-Fan Exchanger tube plugging applications, a standard Torq N’ Seal® plug can be inserted directly into the tube and expanded as normal to seal the tube. However, there are times when the tube damage is severe or there is a crack in the tube long ways across the entire tubesheet. This is the situation we recently encountered. As a result, there was not a reliable sealing area in which to install the tube plug so the customer decided to drill back the tube ends and plug the tubesheet hole directly. There was concern that with the tube ends removed, the remainder of the tube would be susceptible to coming loose and damaging any adjacent tubes. Thus, the tube needed to be either removed or secured. To remove the tube completely or to access it from the outside, four additional tubes would have to be removed since they were effectively in the way, a significant undertaking. To secure the tube from the inside with a rod or similar, would have made installing a plug difficult since it would have necessarily extended through the area the plug would need to be installed in the tubesheet hole. Torq N’ Seal® Heat Exchanger Tube plugs came to the rescue with a step design tube plug that has an extension to secure the tube while plugging within the tubesheet hole. 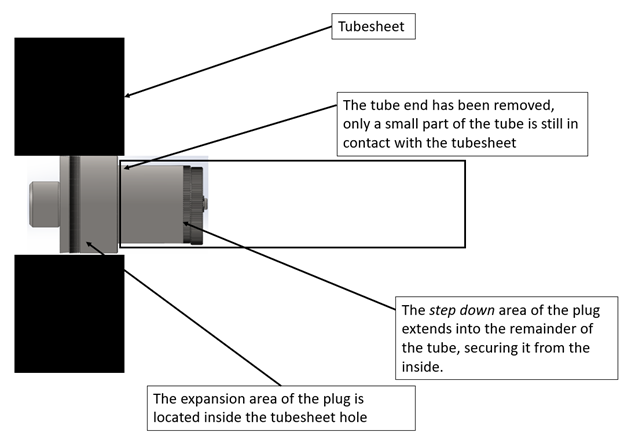 The step down area of the plug is designed to fit within the remainder of the tube. Meanwhile, the expansion area is large enough to plug the tubesheet hole directly, where the tube end has been removed. The result is that the leaking tube is sealed and secured in one simple operation with the Torq N’ Seal® Heat Exchanger Tube Plug, step down design.

Tube Plug Solutions for All Applications

Torq N’ Seal® Heat Exchanger Tube Plugs are fast, simple, and effective at sealing leaking heat exchanger tubes up to 7,000 psi. There are a range of tube plugging solutions from low pressure Condenser Plug designs, to our signature high pressure mechanical seal Torq N’ Seal® plugs. As described above, we also offer custom solutions upon request to help get around any problems your project may run into.

You can find more information on the Torq N’ Seal® Heat Exchanger Tube Plugs on our website at www.torq-n-seal.com or by contacting our engineers at sales@torq-n-seal.com or +1-201-641-2130,  available 24/7 around the world. We look forward to an opportunity to work with you. Thank you for taking the time to read our story.

Use our Plug Selector to find the right solution for your leaking heat exchangers and place a request for quote. 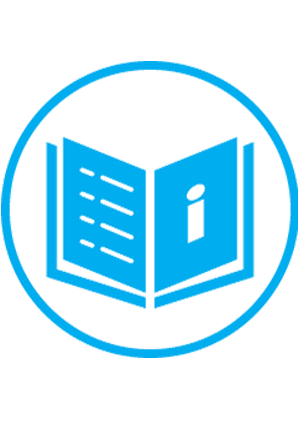 Click one of the links below to see user instructions related to Torq N’ Seal® Heat Exchanger Tube Plugs: 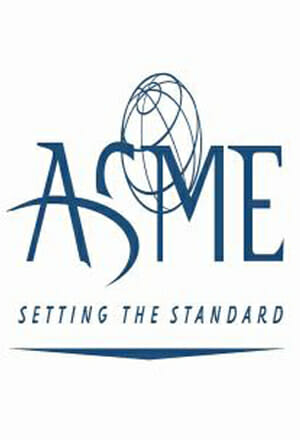 Click one of the links below to see technical documentation related to Torq N’ Seal® Heat Exchanger Tube Plugs: 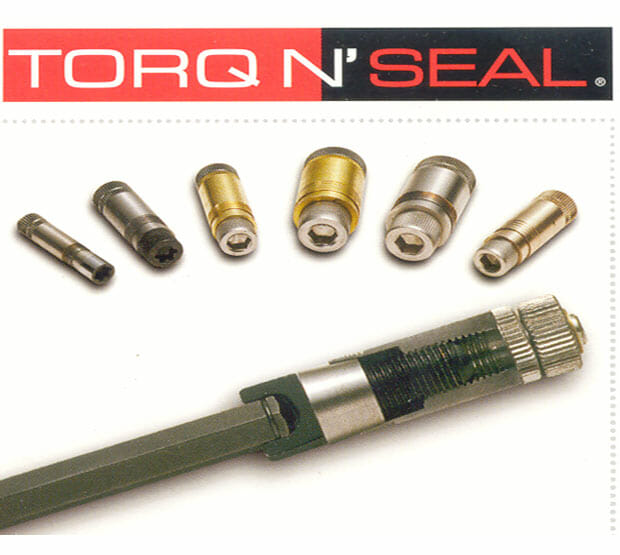 Click one of the links below to see our other Heat Exchanger Product Offerings:

Use our Plug Selector to find the right solution for your leaking heat exchangers and place a request for quote. 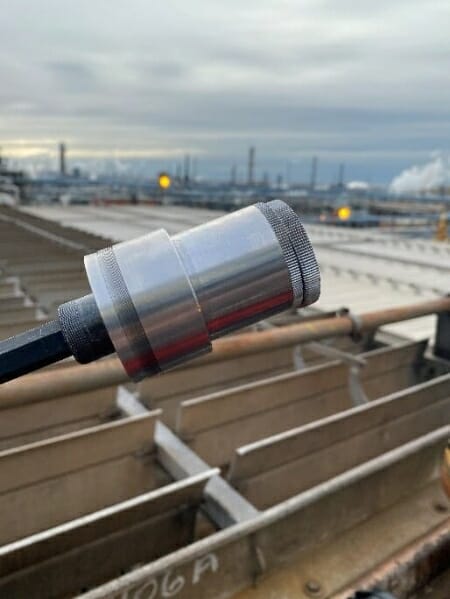